People have often heard me say that the tarot can be a self teaching tool, rather than a fortune telling tool. I often suggest pulling one card a day, then meditating on it and journaling about it and what it could mean to you.

Here is another personally enlightening way to use a deck for self development and evolution. 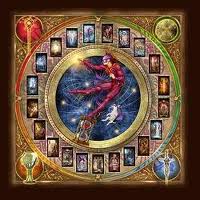 Think of an event or situation in your life that might be represented by each card. Start with the major arcana. After you have finished that, then go to the minor arcana. As you make your list of correlations, what is revealed about your life path?
Posted by Pan Dancing at 12:03 AM No comments:

Making Peace After the Elections

So now is the when we make peace in a democracy. Sad to see the sore losers expressing such bitterness. When I voted and Bush became president, I was disappointed. But I voted the other side won. Then we all had to get along and do what we had to do.
So now Obama won, and you don't have to like it any more than I liked the Bush presidency. But this is what happens when we vote. So now you are the losers and you just need to be civil and try and get along, and you will live through the Obama years same as I lived through the Bush years. So set the campaign stuff aside and do what needs to be done. Life goes on after the vote. We each speak our piece, we each cast our vote, then we continue on. This is the American way.

We all cast our votes and we live with the results. In a civilized society, we have our disagreements, and sometimes we win, sometimes we lose. We return to being cordial to each other after the elections because that is the way we know that we are still the same people and we still need to do what we need to do, no matter who won the election. 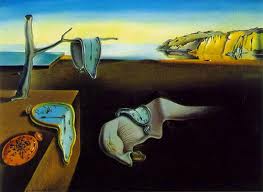 Posted by Pan Dancing at 8:29 AM No comments: