Music, Our Portal and Passport to Other States of Being 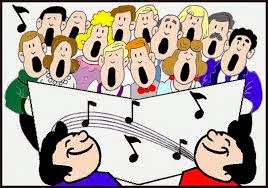 Music can also bring healing. Why do you think that massage therapists, reiki healers, chiropractors and other body workers and therapists always have soft music playing while they are working on you? It helps a person relax, soothes the muscles and relieves tension, making it easier for the therapist to do their work. The end result is that it helps them get things that are out of place back into place.

Haven't we all had the experience of music acting as an aphrodisiac? You've heard the phrase mood music. Certain music is just more sensuous blending effectively with the rhythms of sexual pleasure and some music is especially created for creating the romantic aura of sweet sentiments and romance. Our choice in music can help us savor our sensual experiences.

It is also an aid to digestion, which is why soothing music is played in restaurants. It can also stimulate the flow of healing cells and energies in our bodies. Yes, it is true that many restaurants may also play very upbeat, faster paced music, and that is useful to them when they are trying to move the crowds along quicker.

Why do you think that in the military that training is done to chants and cadence? It bonds the group together and war cries, chants and shouts can encourage acts of valor. Taps is played at military funerals and bagpipes are played at police funerals because they send a signal to the consciousness of those who hear them at a deep level, delivering the final notice of a person's passing without the use of words.

If you watch sporting events, how common is it for singing and chanting to be used to inspire the performances of the athletes? From the World Cup to the World Series, music is connected to our games using the energies of the fans to support and encourage the individuals on the field.

All of these things happen because music is a portal. It connects us with other people, it is a universal form of communication, which is why it is included on space probes we have launched. There have been many instances where people of different cultures who could not speak each other's languages have been able to play music together. There have been many new recordings in recent years where we can hear people of different ethnic groups bridge the gap by finding ways for the musical idioms to come together and play. There have also been popular recordings where people are singing in languages we do not speak or understand, yet we can appreciate the sheer beauty of the blending of
their harmonies and voices.

What about as a portal for the imagination? how many symphonies, ballets and operas have themes drawn from great myths, fairy tales and folklore? Why is it that sacred chants, whether the Gregorian, Sufi, Hindu, Hebrew or any other can immediately transport the listener into an altered state of consciousness? At Renaissance Faires the period music is just as important in creating the feeling of that time and space as the costumes and decorations.

How many times when you are watching a movie can you tell whether coming actions and scenes are going to be sinister, tragic, hilarious or romantic because they are foreshadowed by the music? Composers and directors have long known how music can help them create the overall effects they desire in their work.

Music can energize to make work lighter as well. Think about chants that people have done at work so that they could get enough of a boost to get things done. This is the common thread between the work chants of the slaves, the chants of the sailors, the cadence of the soldiers, cheerleaders in sports, chants of the warriors, songs people sing at harvests or plantings, and so many other examples. Music unleashes energy we didn't even know we had and makes that available to us when we have tough jobs to do. Sometimes I chant and sing during the work day simply to relieve tension and inspire me to keep going.

The use of simple percussion and the human voice have been used as tools for transformation by the shamans of every culture on this planet. All the way back to caveman days, drums, rattles and chants were part of the fabric of the rituals the shamans led because it was believed that those beats from the drums and rattles were like stairways or ladders which they would use to travel into other worlds. The belief that sounds were essential for contacting the spirit world have been with us all this time, and we know that when a person is dying that the first sense they lose is sight and the last sense they lose is hearing.

Music is a portal that opens the way for us to heal, shift into sacred space, to become engaged romantically with another person, to build excitement and energy, give us courage, give us strength, helps us grieve and to celebrate.

From the heartbeat we first know in the womb, the sounds we make when we go to war or go to work, and the songs we sing at weddings, funerals, the music we hear when we make love and the sounds that surround us in the world, we find our way to the places we want to go with music.