When Ernie Banks passed away recently, I had this sudden recall from my youth because when I was growing up, I was an avid Chicago Cubs baseball fan and Ernie was for years, one of the most outstanding players on the team.

Later on, back in the 1970s, I worked for one season as a security guard for the Cubs. And that was a fascinating experience from a whole different angle. 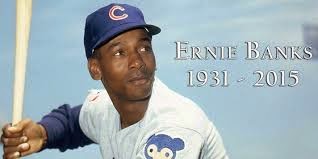 Memory works in strange ways some times, because the incident my memory landed on was this.

Back in the 1960s, Chicago like other cities, was adding art to public places, so of course, going for a big name since they are a big city, they hired Picasso to create an original work of art.

I was at the unveiling, and I remember people in the crowd looking at the Picasso saying "what an ugly piece of shit! What a hunk of junk! We should have put up a statue of Ernie Banks and it would have cost a whole lot less." 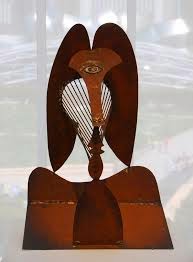 There are a lot of us who still agree with that assessment.