Christmas, Yule, Solstice, Saturnalia and the Traditions of Light 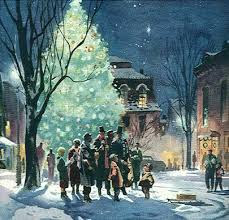 Celebrations of the light at this time of year have been natural developments for humankind since ancient times. By the time of the Harvest Moon in September every year, the Fall Equinox begins the shift of the time into the longer nights, the colder weather and the transition into winter.
You can see how all this began. During the deepest, darkest, coldest time of year, the Sun pauses for a moment and then begins to shine more light on us in doses that seem imperceptible at first, then increase. It is for that reason that we express hope for the coming year by bringing evergreens into the home to affirm that even now, we know that the world will warm up and turn green again and that the bonds that connect us will help us survive and prosper.Ancient Romans celebrated Saturnalia, a week long tradition of holiday parties from December 17-23, which encompassed the time of the Winter Solstice. People were celebrating their abundant harvests and successes and bringing light and joy into their homes and their towns and giving thanks to their god Saturn. There was much frivolity, drinking and sexual play, mischief, music, dance and feasting. Today, many of the old pagan customs have survived as folk lore.Ancient Germanic people give us the word Yule, which was a 12 day celebration held at this same period of time. It was from these people that we got the traditions of the wassail, yule log, bringing evergreens inside the house, wreaths, garlands and trees, as well as the roast boar, which is why some people prefer ham as a holiday meal. The toast Wassail! means "to your health" and was usually made with a hot cider, often spiked with alcohol, of course.It was in the 4th century that the new religion of Christianity had tried unsuccessfully to get the people to give up their old pagan traditions, so they moved the feast of Christ's birth to the same date as these old pagan holidays. So they simply declared all celebrations at this time of year to be celebrations of Christ's birth. The church used the psychological ploy of "if you can't lick 'em, join 'em."
Metaphorically, it all fit together. Saturnalia, Solstice and Yule were all celebrating the return of the Sun, because technically, from that day forward, the amount of sunlight in a day begins to grow, although it is not really visible until February 1, Groundhog Day. For Christians, the holiday was about the return of the Son, referring to the son of God.
The parallel traditions work well together, because from both perspectives we bring light into the darkest time of the year by bringing light and joy into our homes. We light candles and fireplaces, decorate with lots of electric lights, and we invite family and friends into our homes to bring the light of good spirits and warmth. In the better aspects of Christianity, the holiday is about sharing love and good will and lighting the way with positivity and a giving spirit. The addition of Christmas to the previous holidays continued the concept of the spreading of light.
The themes in all of these traditions were about lighting the way for others, giving and receiving, and great expressions of joy.
The holidays in the quarter of the year that encompass Halloween/Day of the Dead, Thanksgiving, Christmas/Yule, and New Year's are the most emotionally charged holidays of our year.
Everything from traditional family recipes for treats and special food and drinks, to gift giving to seasonal songs are a part of this combined heritage.
Just as the predominance of Christmas overshadowing Yule, Saturnalia and Solstice while absorbing elements of them, during the last century or so, various commercial enterprises came to overshadow spiritual elements of sharing the light. In a way, it is easy to understand how our bubbling over with expressions of joy, love, friendship and generosity at this time of year gave birth to the slew of Christmas themed movies and popular music.
However, as we return to the core of the traditions, we share light with others, lighting the way with not only decorations, music and special treats but the humor, open heartedness and sense of connections, welcoming and helping each other.
As we revel in the celebrations of light at this time of year, it is an optimum time to reflect on what old habits, relationships, and difficulties we want to burn off in our fires, and what kinds of light, love and joy we want to continue to expand in our lives during the coming year.
May you enjoy all of the ways we energize each other's lives in the spirit of this season, and may we continue this throughout the year. 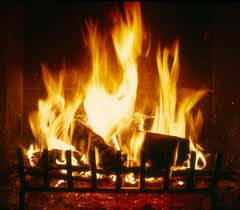 Very nice and helpful information has essay writers
been given in this article.