As I write this, the politicians are debating whether to launch military strikes on Syria. I hope that they do not. It seems to have been my fate to live in a lifetime where we get involved in wars that we do not need to be involved in, and as a result I find myself objecting, voting and earlier in my life, demonstrating against wars.

On the one hand, I dream and hope for the day when most people will choose not to act like this. Then again, there is obviously a strain of violence that runs through humanity that leads groups of people to want to use violence to subdue other groups of people. 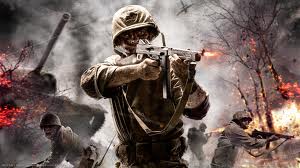 The solution I would like to see us engage in is to simply let the wars in other countries simply run their course. Eventually one side will overpower the other and run their country.

Our politicians keep making up bogus excuses to get us sucked into the same old game again. The reasons given for needing to intervene in Syria are the same as the reasons invented to justify invading Iraq. We don't need to be involved in any of it.

Truth is, we always make deals with the winners anyway. Vietnam today is a trading partner and tourist destination, so what was the point of that war anyway? We sent troops to the island of Grenada for what? And since we have invaded Iraq twice what exactly did we get out of wasting all those lives and spending all those trillions of dollars? We bought oil from Iraq when Hussein ran the country and we continue to buy oil from Iraq no matter who their ruler is. So why bother with the war? There are many countries on earth who have corrupt, mean people running their governments. That is part of human nature too. And that does not keep us from doing business in those countries.

These political decisions are not made on a humanitarian basis. How stupid is it that we will not allow open trade with Cuba, a little Caribbean island near us because they have a communist government, but we do trillions of dollars of business every year with the world's biggest communist country, China?

Let these other countries settle their own civil wars and when the next leader is in place (and we have no way of knowing whether that person will be better or worse) then we will resume doing business with them. That's what we really do anyway.

Politicians who tell us that we somehow found plenty of money to run wars but our country can't afford to spend so much money on Social Security, Medicare and other programs that help people, are liars. It is precisely these wars that waste so much of our national budget.

We need to be resetting our priorities. We need to have politicians representing us who are more evolved. We need politicians who are willing to make the top priority doing what we can to improve our country and let the other countries hash their own problems out.

I vote for abstaining from participating in all wars and focusing our energy and resources on fixing what needs to be fixed in our own country.
Posted by Pan Dancing at 10:40 PM