In my readings, I always like to remind people that the reading can reveal energies at work in their life right now, but that the final choice is always up to them.

So, for example, when a person is looking at the possibilities of relationships with two different individuals, she has a choice. In some cases, the reading encourages the seeker to make their best choices.

For example, recently a woman was asking about a reading and the only bright card on the table was the one representing herself. The bright card was one that indicated that she was successful in business, well grounded and able to manage her affair well. It also indicated that she was a very sensuous person and was on the verge of entering into a relationship with a well matched man. All the others were the kind of cards that would indicate that the relationship she had been in had run its course, that there was nothing more to be gained from it and no future in pursuing it, and that it was time to extract the lesson from the experience and move on.

When presented with this information, the seeker told me that she had been in a relationship with a man for over a year, and that she was frustrated because she really felt that there was a special connection with him, but that he lived far away in another state, and he had no intention of moving here, and she had no intention of moving there. She also revealed that she had not seen him for about seven months and that he was very lax about even responding to her emails and phone calls.

I responded that I got that he was not well grounded, not really closely connected to her and would not make a good partner for her. She responded by revealing that she was aware that he had been diagnosed as bipolar and that he frequently chose not to take his medicines.

I also noted from the cards she drew that I picked up that she was very good in business and has a lot of creative energy in her work. She revealed that she has been very successful in a highly creative business and now she was thinking of starting her own business.

She was hesitating in both of these key areas in her life. I suggested that she could break through both of these logjams at once and that the energy unleashed by going ahead and launching her own business would also be the catalyst that would set other energies in motion and would lead to her meeting a new love interest who would be a better match for her.

She thanked me for giving her encouragement and noted that she had been thinking about breaking off the dysfunctional relationship for a while and during this same period she had delayed her business progress as well.

In recognizing the power of choice and exercising her will to really put the law of attraction to work for herself and draw in greater success in both areas of life, she left the reading with a much brighter outlook and a determination to put things in motion that would benefit her, shaking off the doldrums she had allowed to hold her back.

The reading helped her to see that there were no circumstances holding her back, no good reasons why she could not be more successful in both her love life and business life, and she left the reading with uplifted spirits and a renewed sense of purpose and determination. 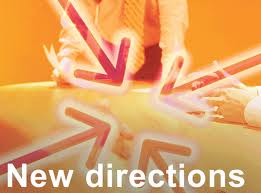 This is a good example of how a reading can help a person see clearly so that they can make choices that really serve their own best interests.
Posted by Pan Dancing at 6:03 PM