From Lupercalia to Valentines

Today Valentine's Day seems to be not much more than a sales promotion event for companies that produce chocolates, flowers, greeting cards and other gimmicks like diamond jewelry, teddy bears and special pajamas. But the only gift that actually comes close to the original spirit of the times might be sexy lingerie. 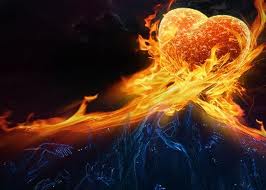 Back in the days of the Roman Empire, February was the time for a holiday known as Lupercalia, a lusty holiday during which the followers of Pan would run wildly through the streets in animal skins with little scourges, the playful touch of which were said to make a woman more fertile. You can see the roots of today's bondage and discipline games in here, can't you?

February gets its name from the word for purification, and was the original month for spring cleaning. So with the spring cleaning also came the first stirrings of waking from the winter slumber and the lusty appetites of those who have awakened. Lupercalia derives from lupus the word for wolf, a reference to the myth of the origin of Rome, wherein the twins Romulus and Remus were suckled and raised by a she wolf and then went on to create Rome.

Women would bare their flesh in order to receive more playful strokes from the scourges. People would play the ancient equivalent of spin the bottle and there was a general air of lusty playfulness everywhere.

It does not take much imagination to see why such a holiday would be immensely popular. So, like they did with other holidays, the church laid a more genteel veneer over the old pagan holiday, and thus, Valentine's Day was born. According to church legend, Valentine became popular for performing marriages for Roman soldiers who were forbidden to marry. The day was first associated with romantic love by the author Geoffrey Chaucer in the 14th century. The first Valentine's cards were produced in 18th century Britain.

So this is the story of how a day of lusty playfulness was turned into a day of dedication to love and faithful devotion. All of this was done with the same deft touch that turned Samhain into All Saints Day, Yule into Christmas and Ostara into Easter. A little smidgen of politics and religion, and voila! the lusty antics, laughter and opportunity for people to stop working to sprout and sport their wild hairs was suddenly tamped down.

So if you are feeling a bit randy on Valentine's weekend, consider it a bit of the roots of the old holiday peeking back through the veneer of chocolates and roses. Be creative and maybe you will get some other ideas for how you might like to celebrate it this year.
Posted by Pan Dancing at 8:22 AM