Dylan: A Voice That Matters

When I heard on the radio that Bob Dylan was awarded the Nobel Prize for literature last week, I was both happy and stunned, because that was just not one of those thoughts that had ever crept into my mind before. 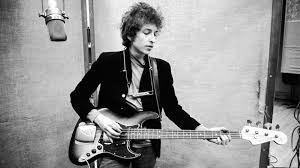 You see Dylan and I have a long history, one that has been interrupted over the years. Many years ago, when I was a teenager and my cousin Mike first played a Dylan record for me, it was an enlightenment that interrupted and blew away everything I thought I knew about popular music. My earliest love in music was classical music and for a while I took violin lessons, but I was disenchanted with the traditional type of training that went with it at the time. So the first instrument that I taught myself just by listening was the harmonica, especially the style that is known as blues harp.

I had started to be interested in learning to play the guitar because the sound was the primary driving instrument of the pop music that was the engine in our world then. So I bought an acoustic guitar, a chord chart, and a Bob Dylan songbook, and that is what I used to teach myself how to play. I also got other sheet music for pop songs, and played in bands and solo for a while. I kept the guitar in my life for a long time, jamming and playing for friends.

But the lightning bolt that came with learning Dylan songs kind of blew away all the other songs and spoke to something deep and mystical within me. After listening to the radio continuously playing sweet little boyfriend/girlfriend ditties, to suddenly be exposed to songs like "Chimes of Freedom," "The Times They Are a Changin,""My Back Pages," "Mr. Tambourine Man," "Masters of War," "Maggies Farm," "It Ain't Me Babe," "Blowin' in the Wind," and "Like A Rolling Stone" just got into my bones and cut me to the quick the way no other songs had.

At the time, the struggle for civil rights was hotly contested and the Vietnam War was being loudy protested, and his songs were the only songs the spoke directly to those important issues that we were struggling with. His songs somehow helped me see the world in a whole different way. So I sat in my room, practicing over and over until I felt comfortable playing in front of other people. I used to stuff a rag under the strings by the bridge to mute the sound while I was practicing.

In time, "Blowin' in the Wind" became an anthem of the civil rights movement, sang on that same massive gathering where Martin Luther King gave his "I Have a Dream" speech.

If you think that all of this is just a dated irrelevant memory, look at what is still going on in our world right now. Go to You Tube and look up and listen to "Chimes of Freedom" and see if those lyrics don't grab you bone deep. Or give another listen to "Blowin' in the Wind" or "Like a Rolling Stone" or "Positively 4th Street."

It is true that he has never been known for his beautiful singing voice. What resonates a half century later are the incredible lyrics. Many other pop musicians launched careers or added noteworthy songs to their repertoire by creating more melodic versions of his songs.

Some songs are made for dancing. Dylan songs are made to stick in your mind and cause you to think all kinds of thoughts. His songs have been an important part of my life and the Nobel committee just reminded us that poetry and songs deserve the same kind of recognition as good books. 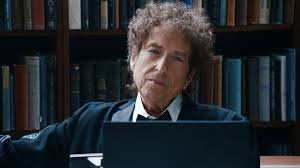 How does all this resonate now? Yes, when I was young I protested against the Vietnam War because I did not feel that we should ever get into a war unless it was an absolute matter of self defense, and yes, I feel that we should still avoid getting into wars whenever we can. Yes, I am one of those dreamers who wants to see a peaceful world with justice for all people. Dylan has always been a voice for those ideas and so I think that it is quite a powerful statement that he got that award, and I am happy that he got it. If you are not familiar with his music, give it a listen.
Posted by Pan Dancing at 10:30 PM No comments:

Isn't it interesting how the masking and unmasking we do at costume parties mirrors what is going on in the world around us? The green leaves that sprouted in spring and came to fullness in summer now turn colors and fall to the ground, leaving only the skeletons of the trees contrasted against the sky. 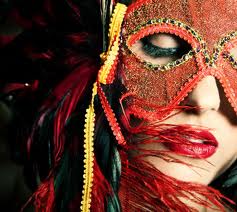 During the year people see us in different ways. One mask might be our professional status, the face which others see as we present ourselves as skilled individuals. Another face is our personal self where we engage in our relationships, hobbies, activities and other pursuits. Then we have our spiritual persona where we follow our spiritual path or our religious rituals.
Yet, at the heart of it all, there is simply the person who embodies all of this. Where others may see only one of these aspects of us, few see all of them.
Standing in our sacred space, reflecting on our place in the world, we choose which aspect of our persona we choose to present next. Consciously choosing what is next we may emphasize a different aspect of our professional practice, relationships, avocations and spiritual practices.
So the metaphor of masks at parties reveals truth. The characters we choose to inhabit for an evening at a party is a playful way of trying on some other character or characteristics that we wish to experience.
The masks we wear may be revealing the truth of the direction we desire. Yes, I know that one thought may be that this is only an evening's entertainment.
Now look again, for there is a root of truth that appeals to us when we choose to read the same kinds of books, the same kinds of movies and are fascinated by the same kinds of stories over and over again. There are common threads that appeal to our sense of who we are and what kind of world we want what kind of life we want, how we would like to see ourselves as a person.
Masking is a way of looking at the world through different eyes for a while and letting others see us differently for a while. As we all have experienced, this can be very enlivening and enlightening. And that is why we look forward to doing it.
Knowing this about ourselves is revealing of inner truths as we enjoy our revelry. Knowing this about Halloween is like appreciating the difference between soul cakes and trick or treat.
You see in the old days, at Halloween, visitors would come to visit and sing songs, say prayers or tell stories about those who had died this year and the hosts would offer them soul cakes and drinks in appreciation. The Celts called this day Samhain and it marked the beginning of winter. They would also set a place at the table for the person who had died, and this was called the dumb supper.
Ironically, in a far a way country which we now call Mexico, on that very same day of the year, the Celebration was called La Dia de Los Muertos, or the Day of the Dead. And on this day too, the dead were honored with their favorite food and people told stories to remember them and wish them well on their journey into the next world, and like the Celts, they also bake special breads just for this holiday.
In both cases, the honoring of the dead was also a celebration of life. The Day of the Dead prominently features skeletons dancing, affirming that life goes on on another level.
So the sweetness of life and the recognition of the various levels of self that we consider on this holiday offers a great insight into what life means to us, how we see ourselves and the impact we have on others. Masks and treats of this holiday are other aspects of self hidden in plain sight. And the pleasure is that all of this can be enjoyed with a great deal of fun, illumination and imagination. It is delicious, isn't it?