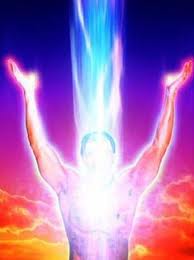 When I was in grammar school and relatives and friends of the family would ask "What do you want to be when you grow up?" the question always stumped me. After all, at that time the only things immediately of interest to me were Boy Scouts and baseball. Then when my dad put a basketball hoop on the back of the garage, that became a new interest. I delivered newspapers, first a weekly neighborhood paper, later a daily. I became real good at throwing a newspaper from a rolling bicycle. I wasn't interested in girls yet. So when adults would come at me with that bamboozling question, I found myself making up answers as I went.

My parents cultivated the habit in us early about using the public library which developed a love of reading and learning. That has stayed with me to this day. When something catches my attention, I look it up. Now that we have the internet it is even easier. And even though we have the great convenience of the internet, I still like using the library. Learning to love to read led to writing. And eventually I became a professional writer. And that, in turn, led me to become a writer for metaphysical, literary, business and arts magazines. And that, in turn, opened the way for me to meet many great healers, psychics, musicians, artists, authors and interesting people I never would have met otherwise.

The first musical instrument I took up was the accordion, at my parents insistence. They were hoping that I would learn to play polkas, but that didn't really appeal to me. I did not care much for the pop music when I was young. Instead, I became enamoured of classical music and took up violin. Back in those days, the prevailing theory was that a student needed to do scales and finger exercises for a long time before you ever get a chance to play songs. So I got impatient with that and quit. Next I picked up the harmonica and learned to play just by listening to recordings and playing along with them, then guitar came the same way. For a number of years, getting together to play guitar and sing with other people became a great way to meet people and socialize.

Years later, I switched from that to hand drums when I became totally mesmerized by the energies that could be raised in drumming circles. Getting together with other people to drum became a great way to meet people and socialize. Add to that the visual of drumming for dancers and you have a really special combination of energies. I learned by playing with other people and also took lessons with a variety of teachers. Each time I changed instruments, new worlds opened up to me. The pleasure of making music combined with making new friends is always a good combo.

When I was a kid, one of the other things I did was collect rocks. It was another way of appreciating the world by just noticing what was interesting wherever I was walking and picking things up, taking them home and then looking them up to see what they were and what they were used for. I made displays with rocks for science fairs. Imagine my great surprise many years later when I discovered that people were using rocks for healing, massage, meditation and other things. I began to see the world in a whole new way. All of a sudden the way I saw rocks changed.

One of our family traditions was always to play cards and tell stories after holiday dinners and special occasions and just for fun many evenings. Imagine my surprise when years later I discovered that people can do readings with cards. I had no idea. Once again, I saw something very familiar in a whole new light. Surprisingly, mom recently told me that grandma used to go to a local woman who used playing cards to read with. Interesting that she never mentioned that until I was reading cards. I guess we have to be inspired to tell stories. And as we share them, other things pop back into mind.

That brings up another thought. My dad took me for my first visit to a chiropractor when I was about 11. I had somehow twisted my neck playing ball and did not have full rotation all of a sudden. When the chiropractor took my head in his hands and gave it a twist, something popped and magically, I was back to normal. Back in those days, nobody I knew was getting massages regularly, but today, massage and chiropractic are part of my regular health maintenance. Once again, things changed.

One of the other great things that arose from curiosity was reiki. I kept hearing people talk about it, and I wondered. Can people really help each other heal and feel better just by a light touch or no touch? That sounded strange to me, so I asked someone to teach me. Now I do both healing and teaching of this wonderful method. But when I first heard about it, I didn't know if somebody was pulling my leg.

I guess you could say I am grown up now, but who I am and what I do are constantly evolving. And I know that a lot of you reading this are evolving too. Like me, some of you used to work in other businesses and then later in life learned to do these other things that people used to think of as weird. Isn't it fun being weird? I love it!

One thing we know to be true is that it is natural for people to help each other. Love is expressed in different ways with different people.

In case you are wondering why I chose to tell these stories today, I have to say that I was moved by many of the testimonials and reviews clients have been writing for me. You can see some of them below. Others are on primarily on Google or secondarily on Yelp.

You see, even though I had no clue what I wanted to be when I was a kid, today I can say that I am happy to be who I am, doing what I am doing, living where I am living, knowing the people I know.

Which brings me to one more beautiful point. With some of my older clients, I have to explain terminology sometimes because it is new to them. Words like chakras, auras, karma, reincarnation, spirit guides, and spiritual energies. These were not words that many of us were raised with. I am very pleased than many of my younger clients are already familiar with these ideas. The younger people are a pleasure to work with, and the world is evolving in a good way with them, because they know things that I did not know when I was in my 20s or younger.

And given that many of us are living longer now, there is still more time to grow up and develop in ways we never imagined before.

What a good day this is to be alive! 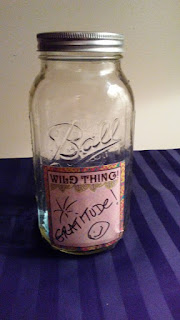