Death, Near Death and More Love 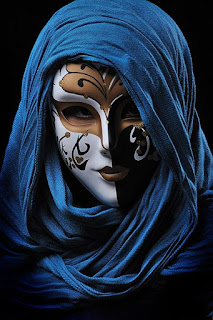 Encountering death, even in passing, touches that deepest part of us where the love that is at our core takes note of how it can express itself, whether it is our last moment or a reprieve that may last years.

I have noticed that, and perhaps you have too, when you meet someone who died and came back, or those who had a close brush with death either through accident, serious illness or violent crime.

Two of my clients were in Las Vegas when that awful massacre happened. They were paying attention to their spirit guides and fortunately avoided being in the midst of the gunfire.

Ironically, they were with a group of 30 friends, and 20 of them had that same feeling. I cannot answer your obvious other question about the others. I do know that while the family members of those who were shot are asking "Why did this happen to my family member or friend?" while the survivors are asking "Why am I still alive?"

The answer to this question is unique to each individual. And this brings to mind the answer that I heard many times at the convention of people who have had near death experiences. They all recalled wondering at the visions and feelings they experienced while dead, but then they heard a voice that told them it was not their time yet and felt a push that brought them back.

What I notice about the people who have had the near death experiences is that they have a sense of love and purpose about them as they go about their lives after that.

Similarly, many of the survivors of the recent mass shooting will give more thought to what they are doing and make changes so that they can focus their attention on living out their lives from this day forward in a way that is meaningful and significant to them.

The effects on the families and friends of those who have died will vary greatly.

To help bring comfort and focus to survivors is a theme of our biggest holiday at this time of year, known as Halloween, All Souls, Samhain and Day of the Dead (Dia de los Muertos).

Therese Schroeder-Sheker, who has played the harp and sang at the bedsides of thousands of dying people and their family members once noted that the music not only helps the dying person have a smoother transition, it is also for the benefit of those who are still here.

This sentiment fits perfectly with the spirit of the holiday at the end of the month. We take time to remember those who we know who died this year, and these can include those with whom we had a close personal relationship, pets, and those who touched our lives through their work, such as favorite authors, artists, musicians, actors and others. All of them made lasting impressions on us, influenced us, and generated feelings of love within us.

As we look at their photos, tell stories about them, share a favorite meal of theirs as a way to say good bye and good journey into the next realm, we are giving them a loving send off.

Reflecting on these people and their lives we consider what part they played in ours and how they influenced us, and this may influence our life changing decisions and the path we set our selves upon from here forward.

Any brush with death or near death is a spiritually transformative experience during which mortality poses the question of what will we do if we get to live longer? For those who have survived such experiences, much love is stimulated, partly out of gratitude for surviving, and also out of a renewed sense that we should express our love and humanity at every opportunity and make them priorities. The resulting warmth and vitality in the auras, chakras and energy fields of those people enlivens them in a way that is above and beyond normal. And why shouldn't love and gratitude be the new normal?

It is often through death that we have a greater appreciation for life because, of course we all know that one day we will die, the important question is what we will be doing between now and then.


Many years ago, a novel by Thornton Wilder, "The Bridge of San Luis Rey" focused on this exact question. The theme was that a bridge collapsed killing several people, was there any reason why they all died on that day and the novel investigates each life. The novel ends with the Abbess's observation: "There is a land of the living and a land of the dead and the bridge is love, the only survival, the only meaning."


Another great perspective will be found at the Longmont Museum, which for the 17th year of putting on a Day of the Dead Celebration and exhibition which anyone can visit for free from October 14 - November 7. It is the largest Dia de lost Muertos celebration in the state. I always find this exhibition to be worthwhile. There is a lot of heartfelt creativity which may prompt you to do your own ritual, making an altar to remember those who have crossed over since last fall.


There is another thought about death that I feel is a good perspective.


"Death is the only wise advisor that we have. Whenever you feel, as you always do, that everything is going wrong and you're about to be annihilated, turn to your death and ask if that is so. Your death will tell you that you're wrong; that nothing really matters outside its touch. Your death will tell you, 'I haven't touched you yet."
~ Carlos Castañeda, Journey to Ixtlan 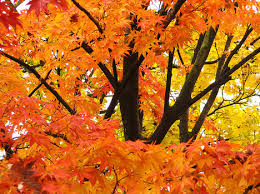 So in a very real sense, I feel that it is good that we have this day of the year where we pause to acknowledge our losses, then draw on this wisdom and these feelings to inform our path forward. It seems fitting and in sync with the season that as trees let go of their leaves and reveal their skeletons, that we are mirroring that activity within.

The year is in its coldest, darkest quarter and this is a magnificent time to do our inner journeys and inner work in earnest as we focus and set our priorities and set foot on the path we are choosing to move forward on. For those of us who have survived close brushes with death, we savor each day and express our love freely. It is always a good day to tell someone that you love them. We do not know how many days we have left, so let us make each one as good as we can. Express that love now, while we are here.

I love all of you who my spirit guides bring to me. I know that you are here because I can help you and I am very happy to be working with my guides to serve you. What a wonderful day to be alive!